Medicine of the Prophet: A Cure for Every Disease

“Allah has not sent down a disease, except that He has also sent down its cure.” – Bukhari and Muslim

In modern Western medicine, there is the commonly used term “incurable illness“, however as Muslims we know there is simply no such thing. This term is used as a label for illnesses and maladies that fall into the following (and perhaps additional) categories:

1. Conditions where mankind has not yet been guided to the proper cure. However, this does not negate the fact that one exists.

2. Conditions for which there is a known cure, however it may not be well known in Western medicine. There are MANY of these instances, as more traditional cultures are better in tune with pulling from the bounty which Allah has placed in nature for our healing.

3. Conditions for which there is a known cure (most often found in nature or requiring lifestyle adjustments), however the knowledge of such is not disseminated – and is often suppressed, because it would eat away at the profits of Big Pharma and the Medical Industrial Complex.

4. Conditions for which there are cures, but that we are (individually or collectively) prohibited from due to our sins. The cure and the guidance to the means of rectifying our health is from Allah alone. Being in a good spiritual state increases our likelihood of receiving Shifa’ (being healed).

In light of the above I always advise individuals struggling with a major health challenge to look and think outside of the box when it comes to seeking the rectification of their health.

Not only should you first and foremost make sincere and ongoing repentance to Allah, increase in good deeds, and keep the bonds of kinship and good ties with the Muslims in general, but you should also research and experiment with different healing modalities under the supervision of a qualified practitioner.

This may mean exploring alternative health therapies, experimenting with various healing foods, adding herbs to your regimen, eliminating the body of toxins, and reducing stress and emotional turmoil – something many ignore, yet which often has the MOST impact on health.
Sadly most modern medical protocols and interventions leave a person either severely altered (surgeries, etc), or dependent on pharmaceutical medications (often for life), that while they may provide SOME temporary relief – more often than not, they are slowly destroying your liver and kidneys, eroding your bones and interfering with the body’s hormonal processes.

It is my hope that by returning back to our fitra (pure nature) and embracing the bounty which Allah has placed at our disposal, we can eradicate many of the ailments we suffer with in this day and age.

“Allah has not sent down a disease, except that He has also sent down its cure.”

Enter your details below to Join the Woman by Nature “Inner Circle” (it’s free!), You’ll receive a complimentary in-depth online self-care assessment, as well as exclusive weekly content to help you achieve your best health, spiritual state and emotional balance. 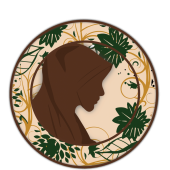 Why are Twinkies Cheaper than Carrots?

Unconventional Tips to Stay Hydrated in Any Season

Decoding Your Cravings: What your snack choices can tell you about your emotions